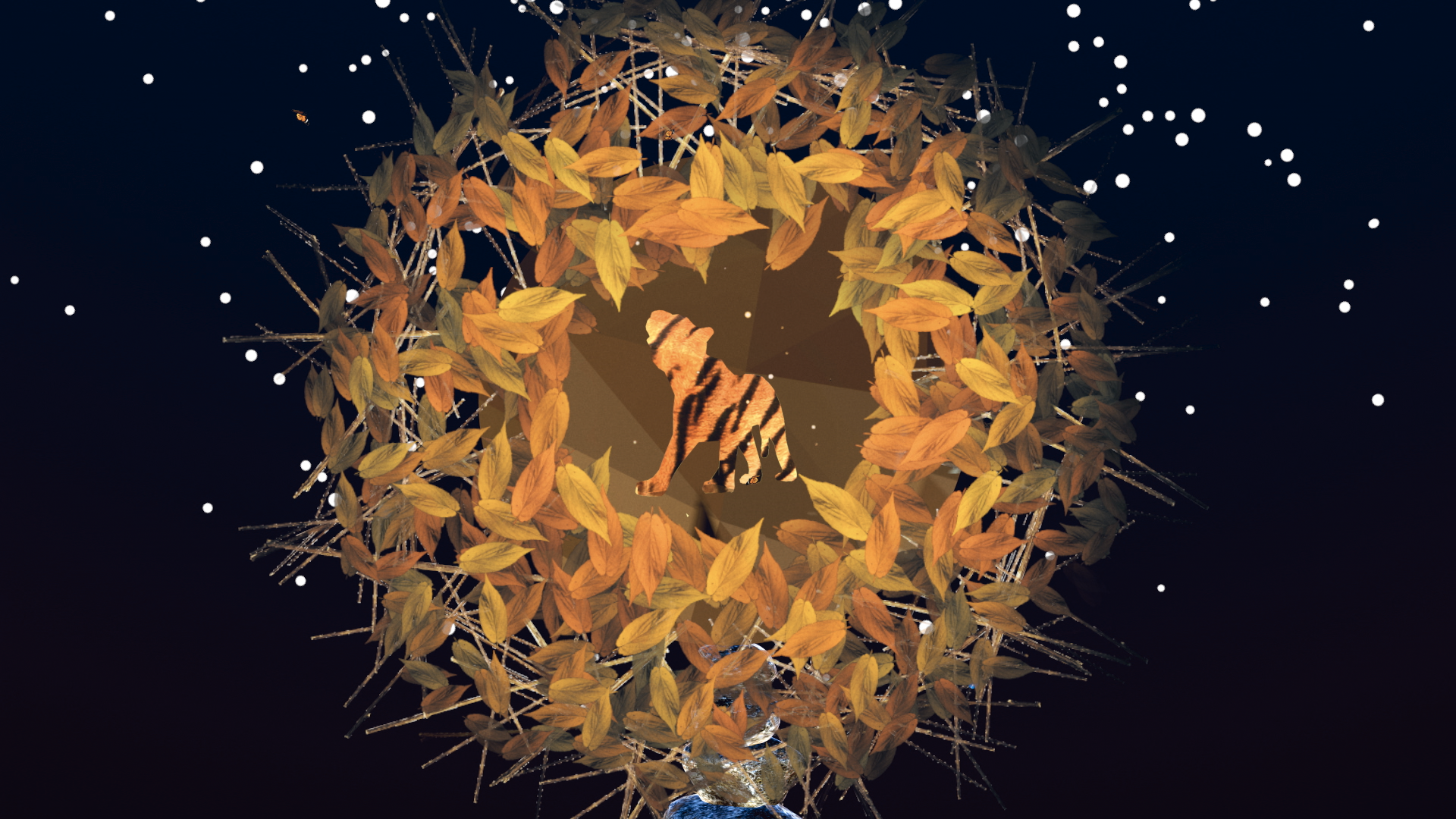 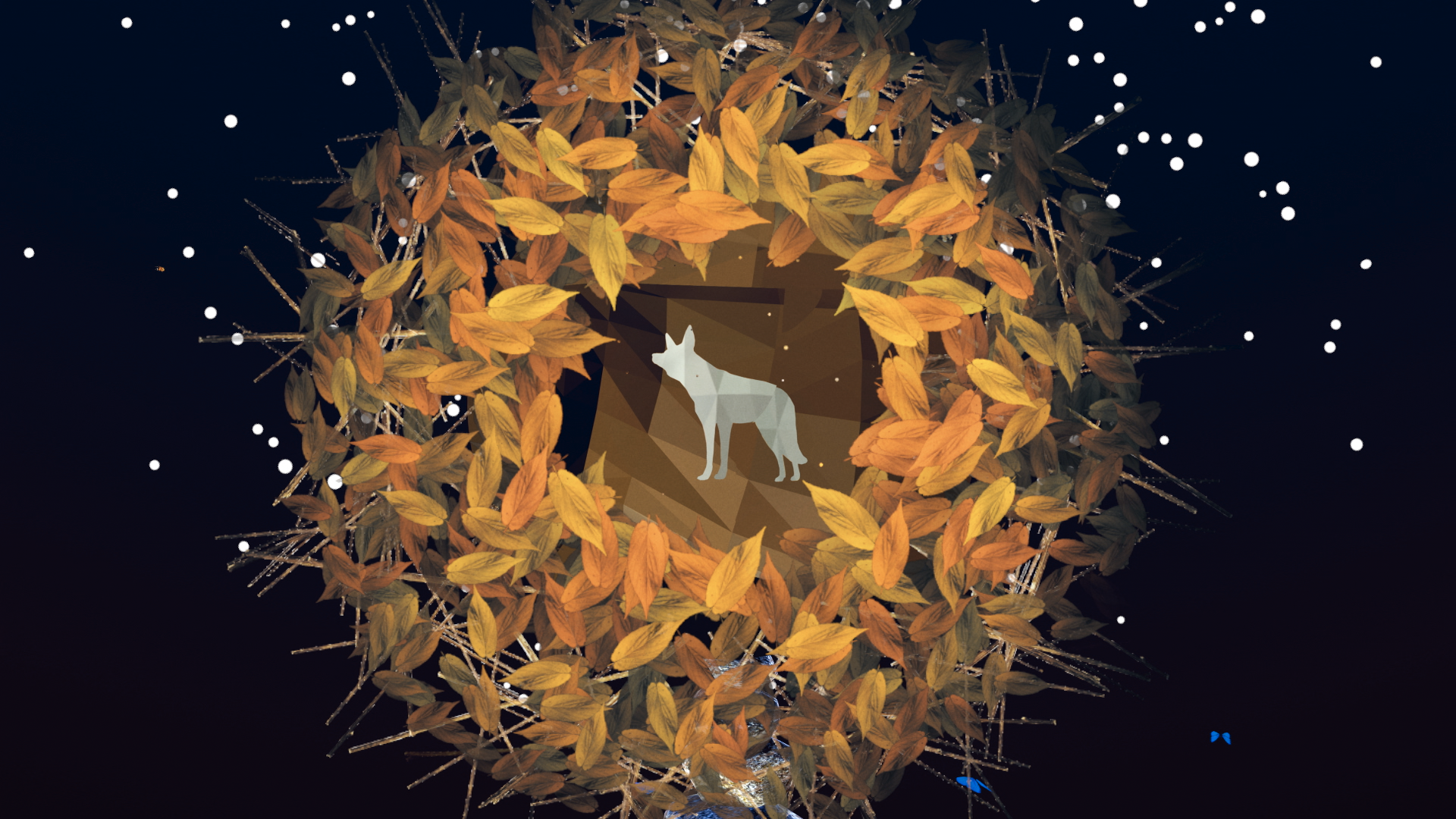 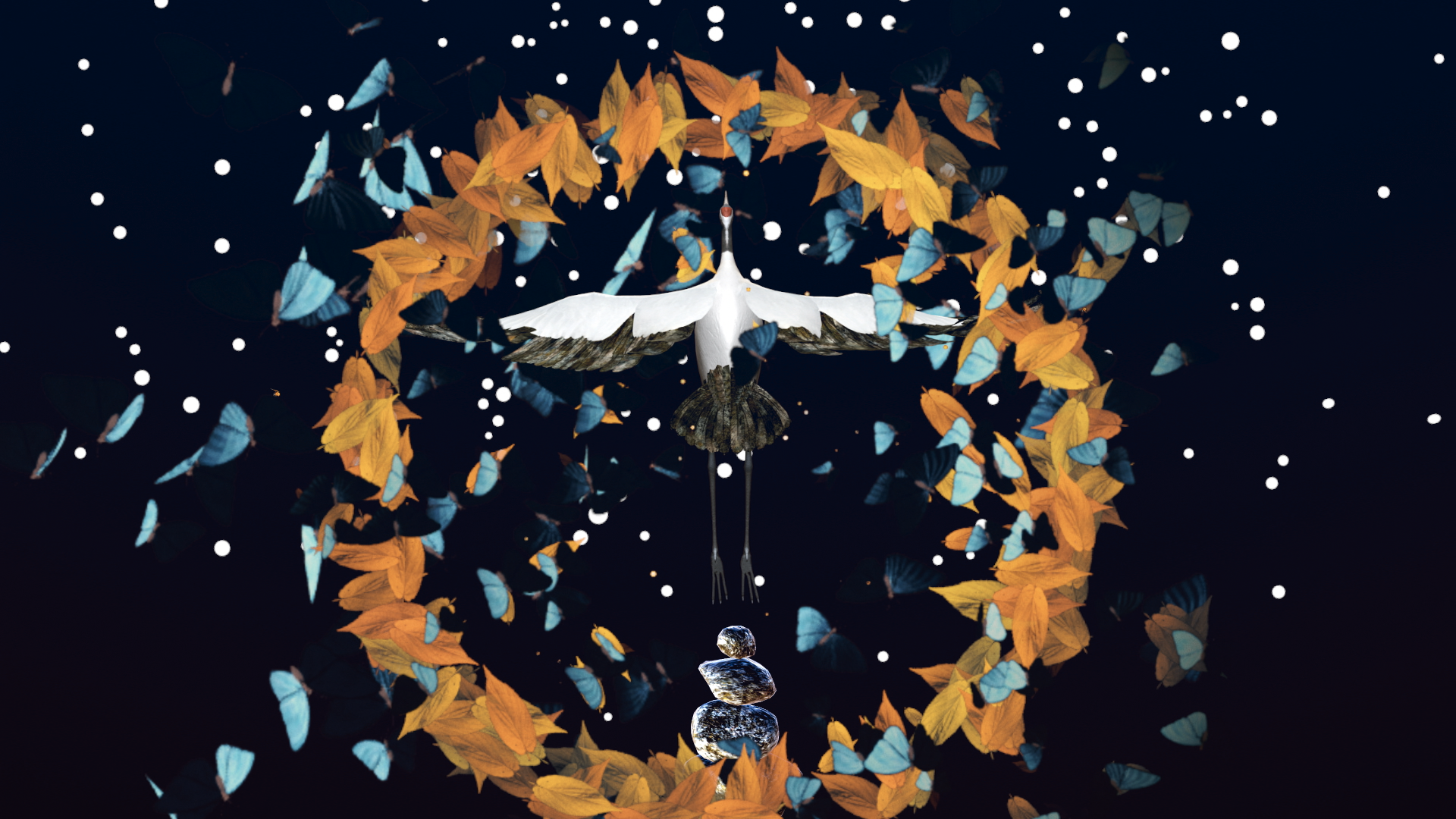 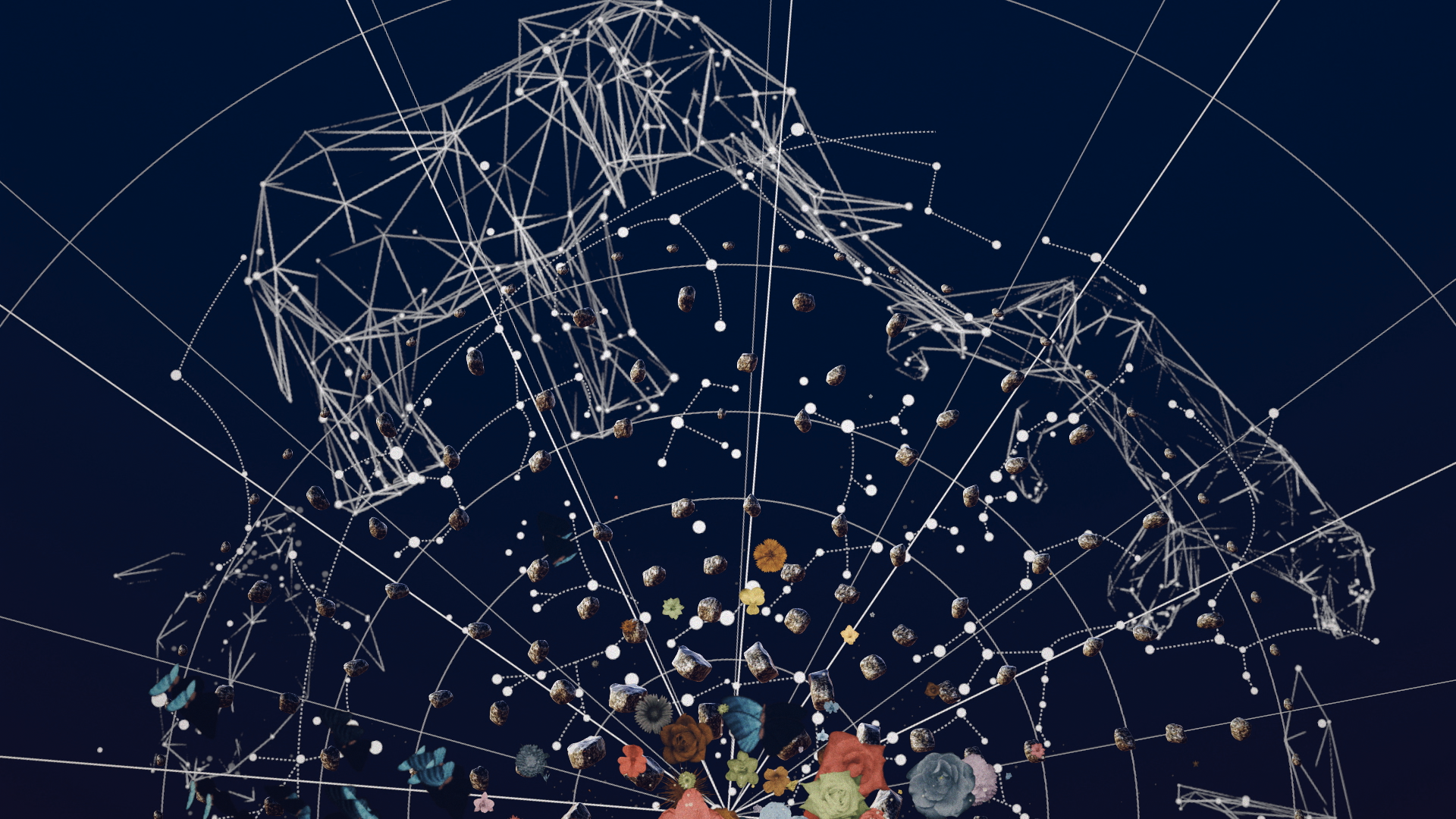 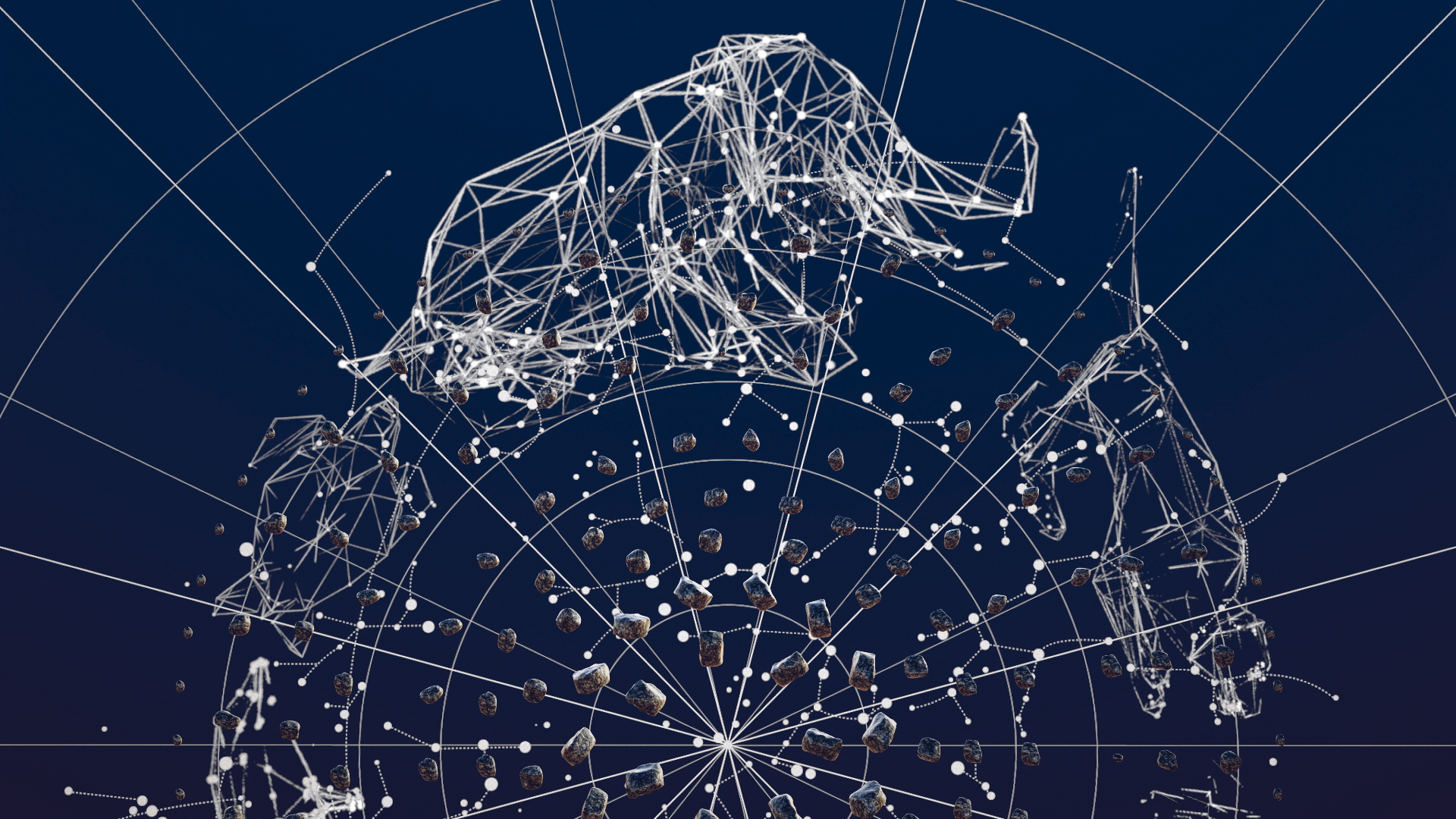 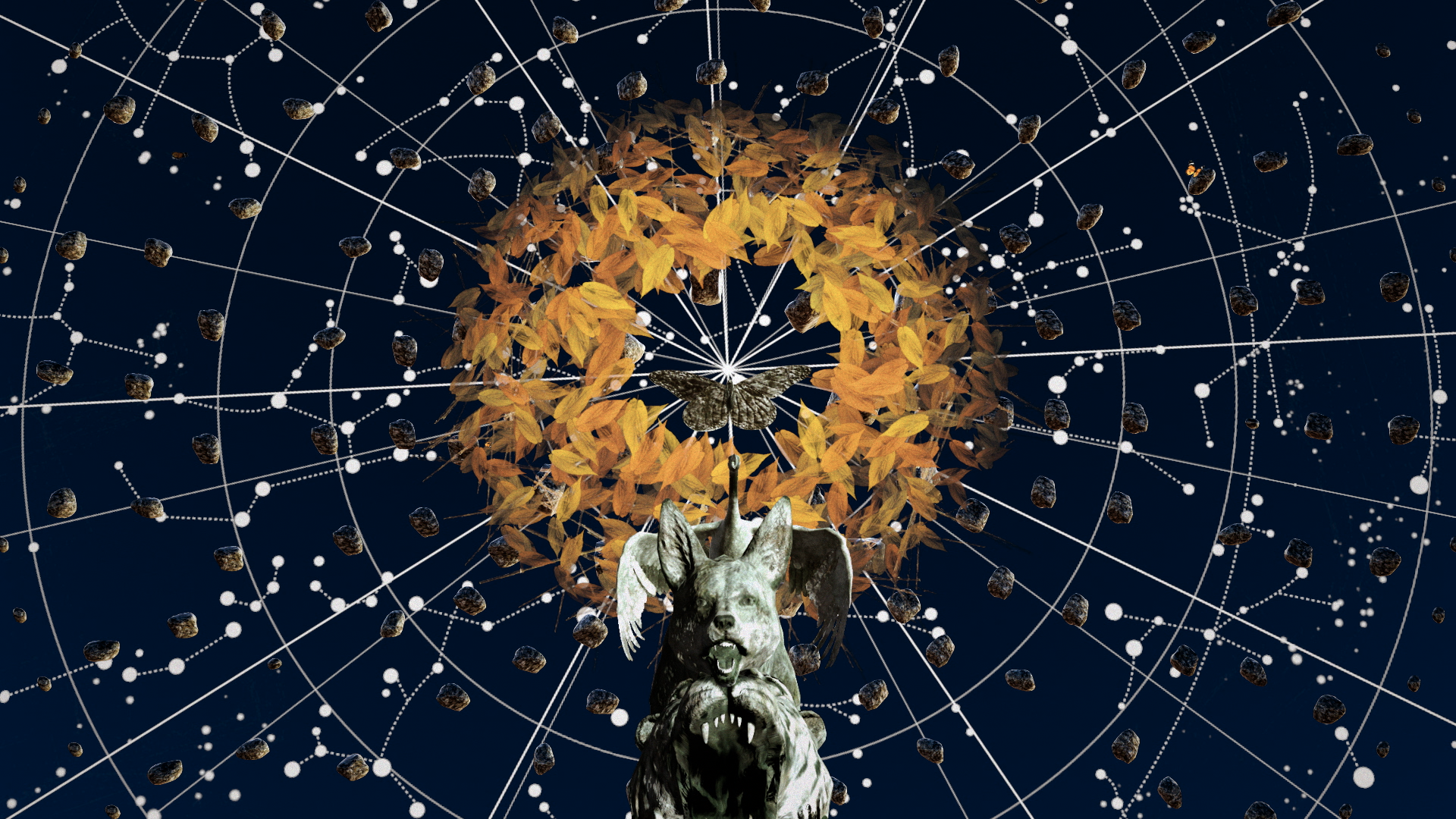 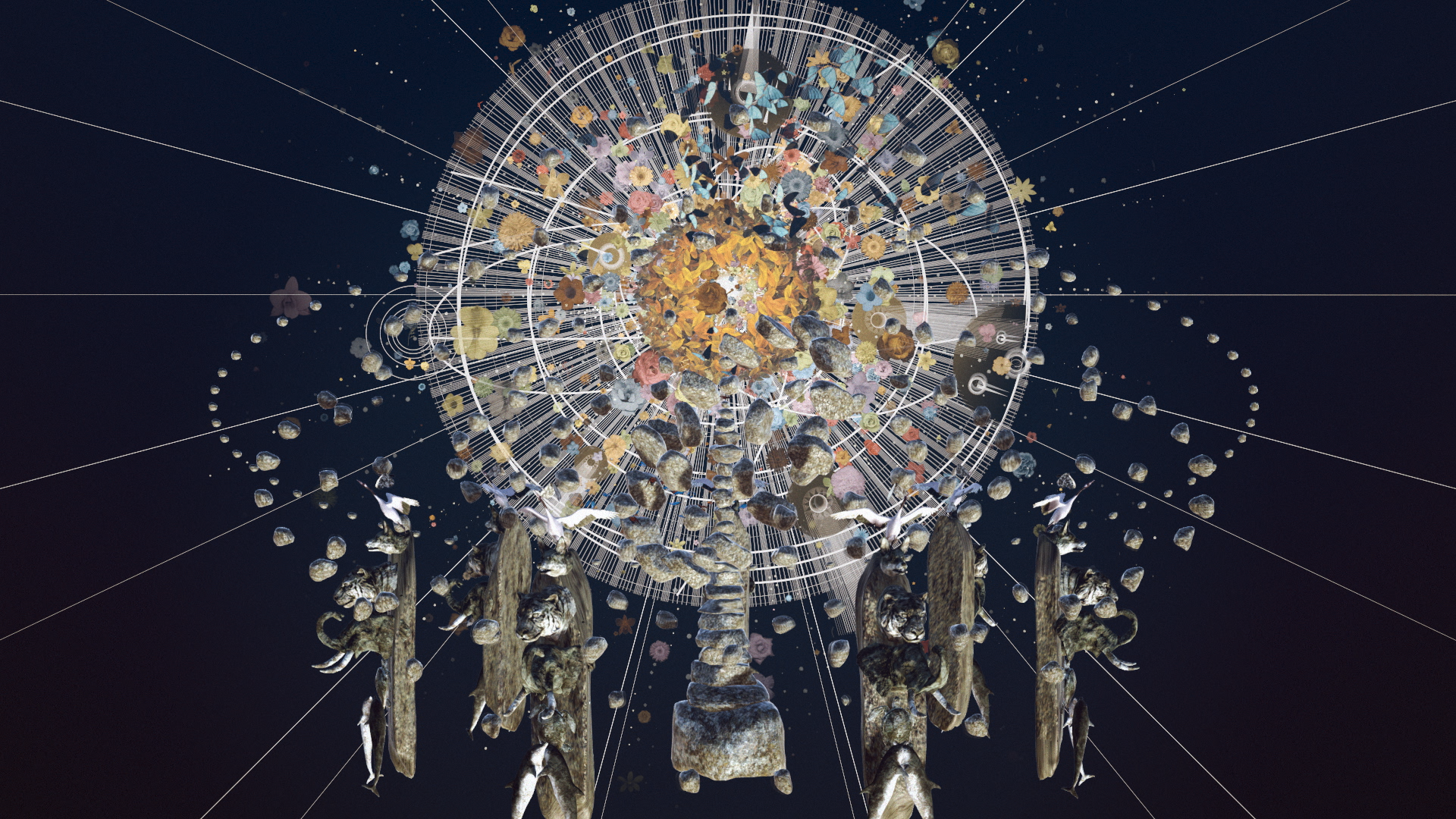 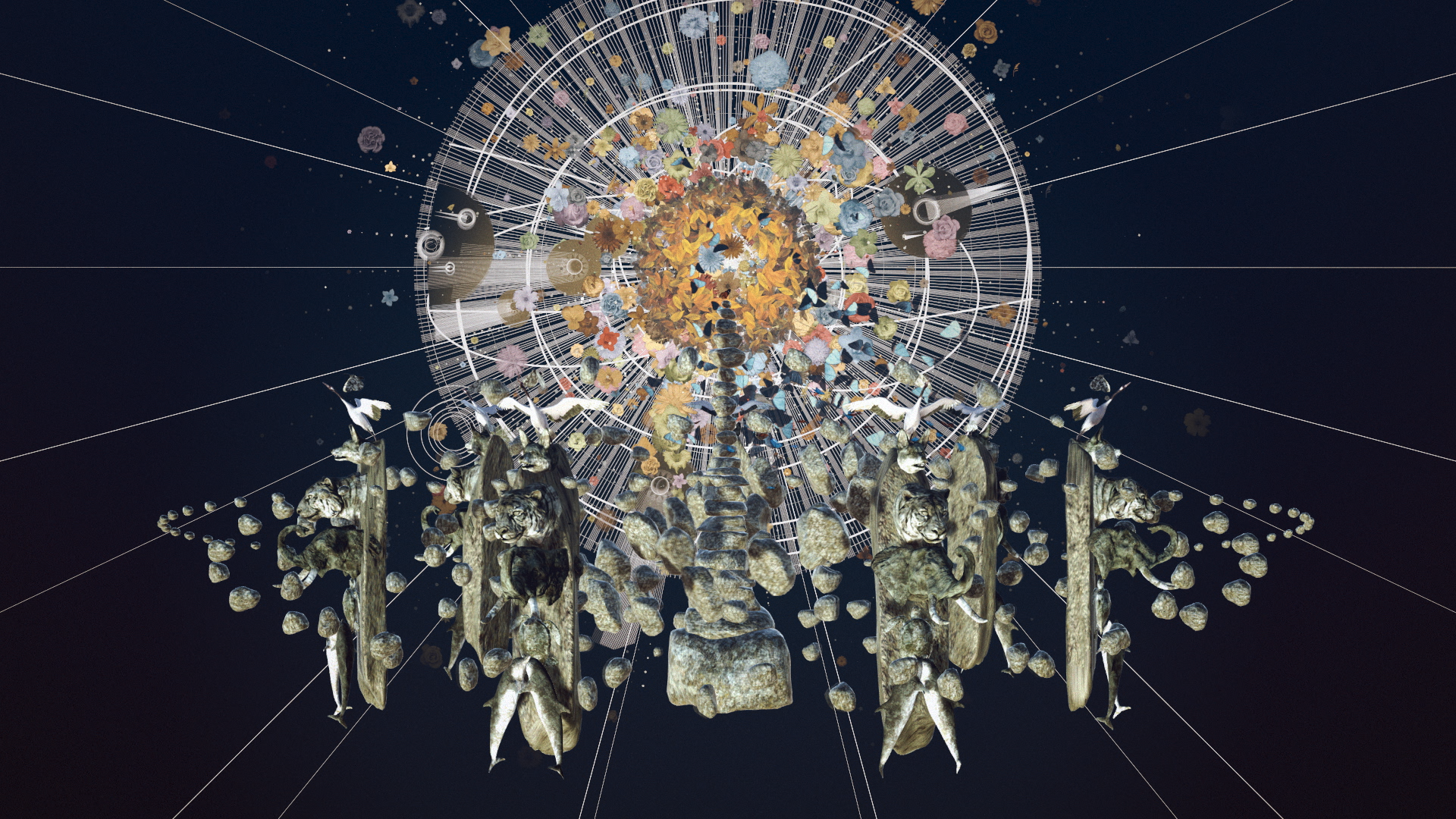 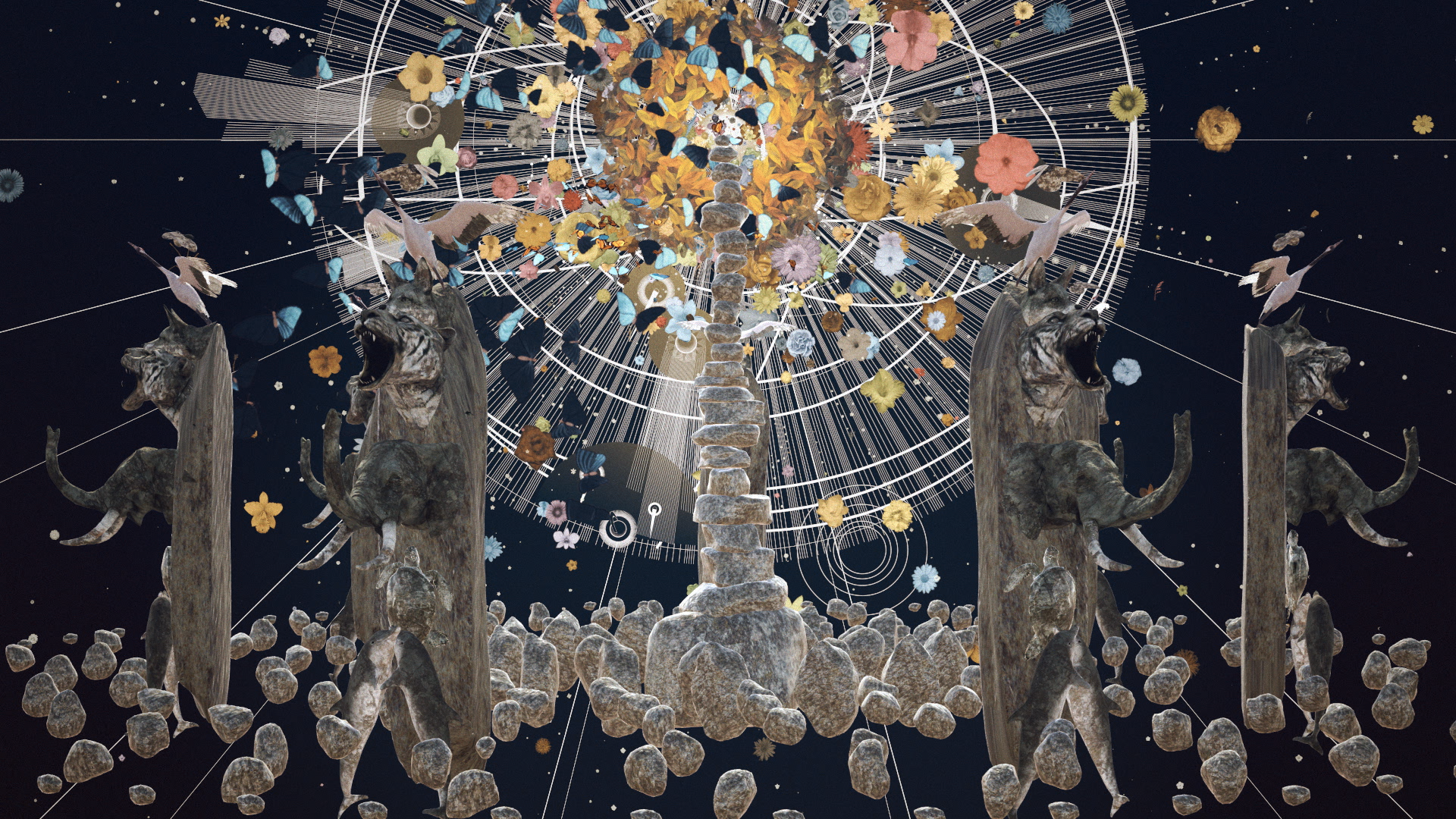 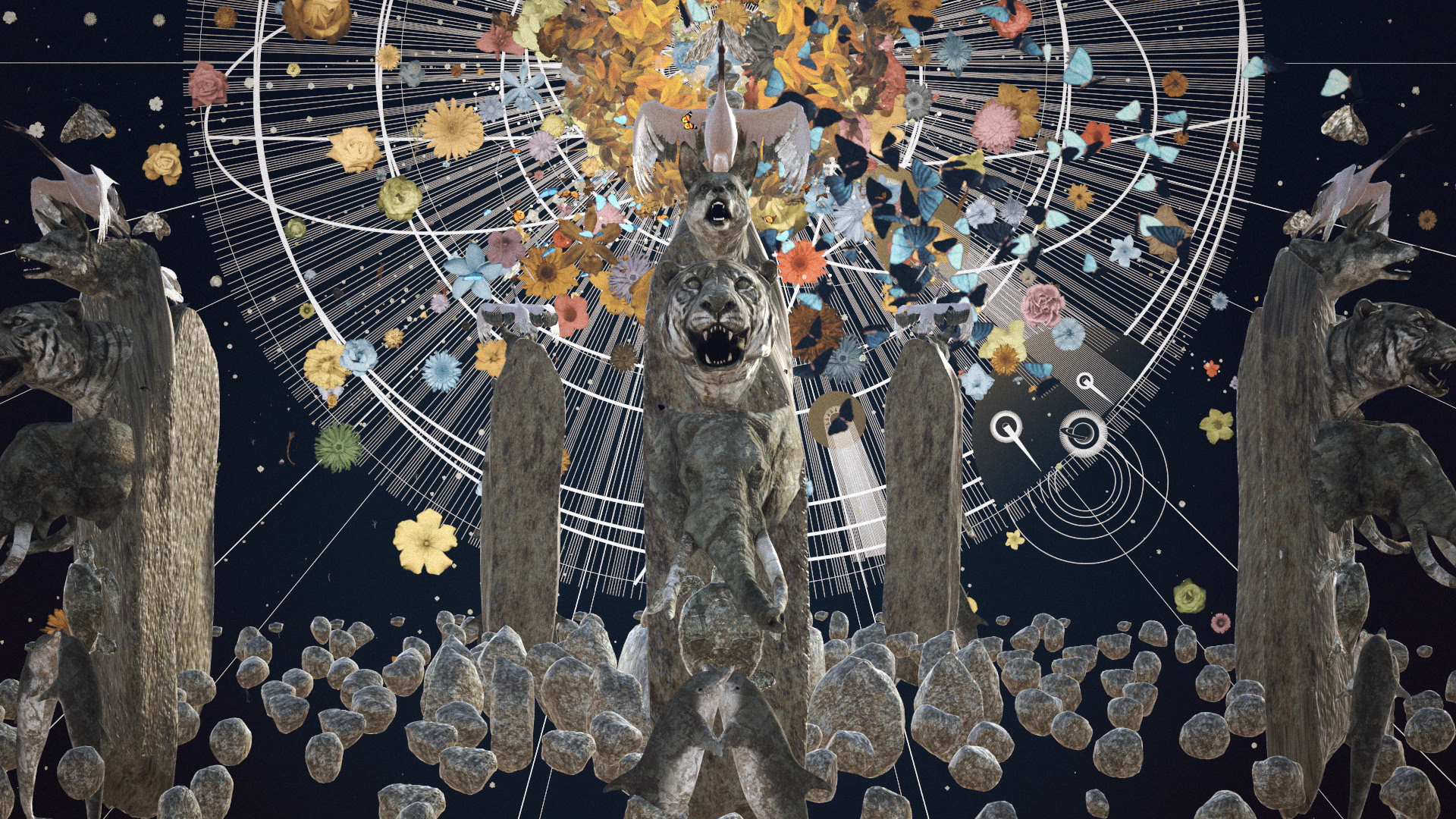 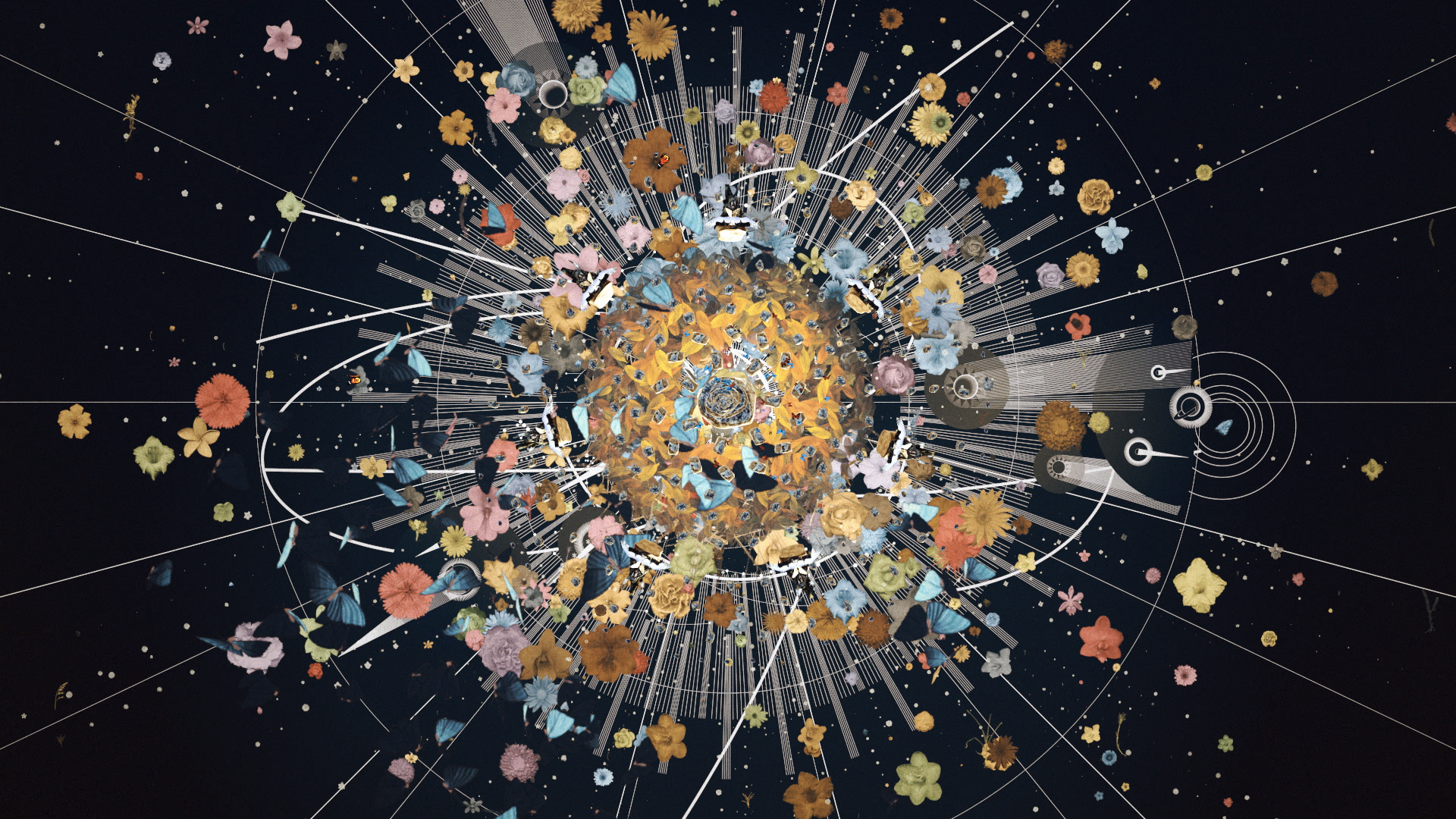 “‘Credo’ is a totemic creed to flora and fauna writ in stars and stone—a temple dedicated to the threatened and endangered. Seven sacred creatures evolve in form and complexity, alluding to humanity’s primordial relationship with nature, by turns violent and worshipful.”

Credo is the fourth release from CandyStations aka Deborah Johnson, for composer Sarah Kirkland Snider’s album, Mass for the Endangered, released to critical acclaim on New Amsterdam and Nonesuch Records in September.

The assets for the video are created in Cinema4D by visual artist Deborah Johnson, then brought into Unity for further processing by Louise Lessél, including coloring and custom shader effects for the totems and totem animals, as well as programming of butterfly flocking system with customizable waypoints and landing points, and camera capture system. TouchDesigner is used for the moving constellations of animals, made with mesh deform manipulations and custom particle system. Final composite is done in AfterEffects by Deborah Johnson.